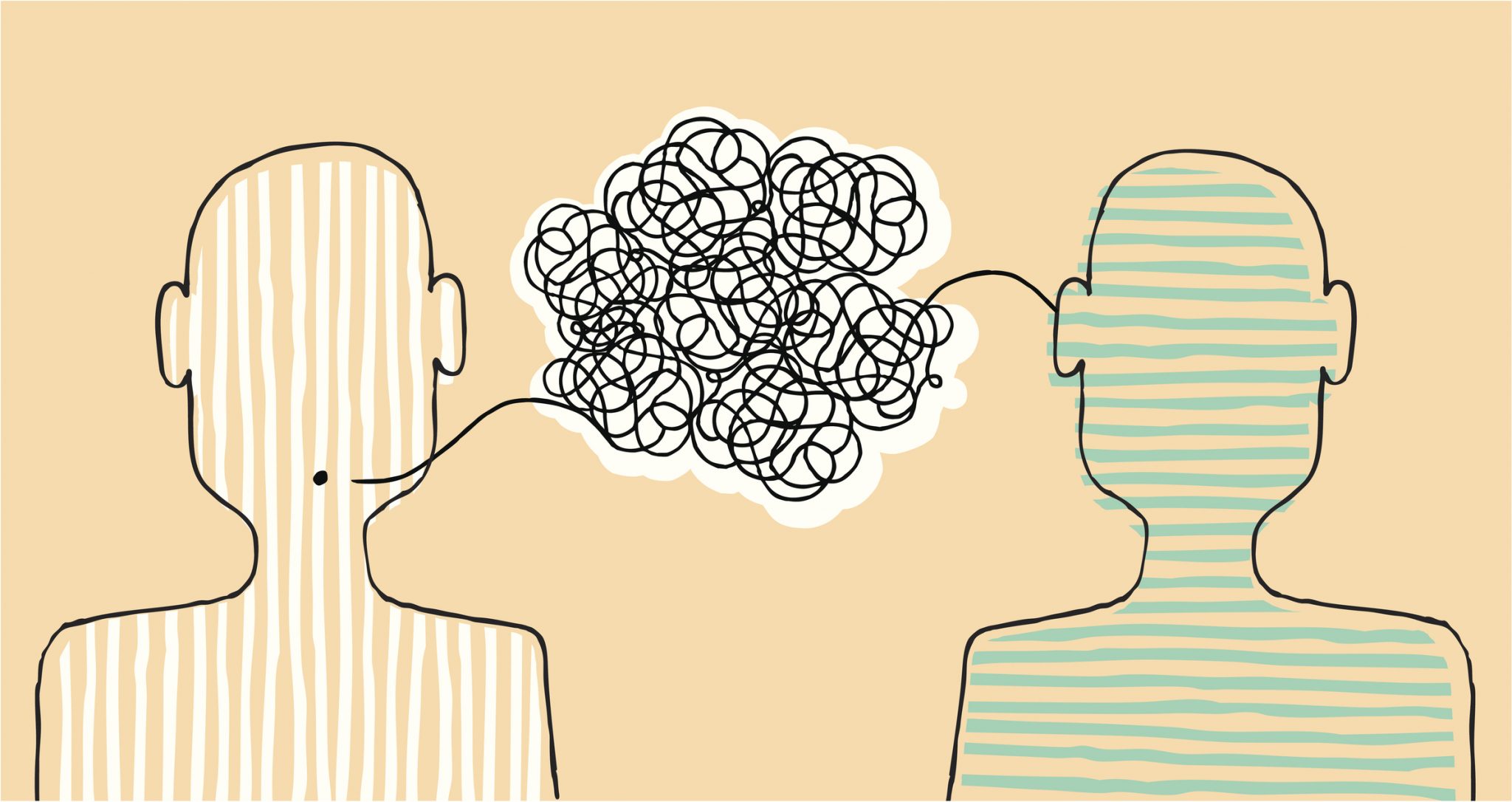 [Excerpt from EASE, getting real with work]

My colleague was doing an MBA and one of his text books had a chapter on listening. He sent me the summary box from the chapter of the 20 things to do in order to become a better listener.

‘make sure to maintain some eye contact but not so much as to intimidate’,

‘nod or make affirmative noises when the speaker pauses’

‘notice their body language and what it indicates about their emotional state’.

And so it went on.

All very sensible apparently. And the sort of advice that everyone needs in order to listen well to colleagues and create great relationships.

Maybe every single one of the 20 points was sending the reader in the direction of confusion, misunderstanding and ultimately more separation.

There are only two things we need to know to hear people like they have never been heard before.

Let’s have a look at the first one:

That MBA text book was doing its readers a grave disservice.  When we point people towards a focus on listening, all we are doing is pointing to the illusory gap between ourselves and the other.

The reality is that there is no separation between two people. I know that sounds ridiculous. Because look here I am and there you are – two separate people. One of us says something and the other one hears it. We are not mind readers; telepathy is as yet unproven.

So how can we talk about no separation?

Well from the idea of a me and the idea of a you there is all the separation in the world. Of course there is. There is this body here, Clare. And that body over there, you. And all this space in between separating us.

And when I am thinking about listening and about me as a good or bad listener and about you as someone that I must listen to, I am looking out from the idea that that separation is real. I am a real entity that is separate from you another entity.

What’s wrong with that you might say? Because after all that’s exactly how it looks.

Well, what we are exploring in this book is how that appearance of separation, of distinct, objective individuals cannot actually be true.

The reality is that any idea I have of myself as a listener and of you and what you are saying in that moment is created in thought. All of it can change. There is no fixed objective substance to it.

The only constant at that moment, at any moment, is awareness of these thoughts of self and other.

This is maybe the hardest thing to ever get our heads around. Because it all looks so absolutely 100% real. But it’s not. As David Bohm, one of the most influential physicists of the 20th century said, “Thought creates a world and says ‘I didn’t do it’”.

And all of that thinking about ME listening to YOU only serves to keep me stuck in that illusory reality.

Because from the point of view of who we really are, there is no separation. There is consciousness or awareness of thoughts of self and other. These thoughts come and go, they are inseparable, we don’t know where one ends and another begins and all of them appear within the infinite, undivided space of awareness.

So, what happens to listening when we see that?

There is no comparison.

As our idea of self, we are stuck in an unquestioned mind of limited conditioned thinking that creates an entirely unreal self and other.  Somehow through all that clutter and infinite filters of prejudice and unconscious association we try to hear what is said.

As the understanding that our true nature is awareness of all of that and that none of it is objectively real, the idea of self dissolves into presence. From the broadest possible vantage point, we survey the thought-created whole. There is no separation between self and other. Because there is no self or other. As a word is spoken so it is heard and responded to with freedom and lightness.

Without the idea that listening must be brought about, that there is someone there to listen to, what is there?

Ready for the second point?

This focus on how we are coming across as a listener is only the tip of the enormous iceberg of ‘what do these words I’m hearing mean for me?’.

And who doesn’t do that?

Especially in those situations and relationships where it looks like our personal well-being, future, worth or security depend on those words and on that person.

Ironically in the relationships where we don’t have any apparent dependency there is much clearer listening.

There is clearer listening because there is no insecure self leaping in and waving its arms around, on high alert for any indication of insult, praise or indifference.

But if my idea of self believes it can be affected by the words then, my goodness, there is listening—hard, focused, scrutinised listening—but nothing is actually heard other than what it means for me.

Does he respect me? Do they like my work? Will I get that promotion? Am I good enough? Do I have a future here? What will they tell other people? Am I making an impact?

What is happening here is that we are listening from the point of view of a self-created in thought which because it is made of thought is, by nature, insecure.

We are listening to an apparent independent other.  But that other is created by the same conditioned thought as that self. And we are concerned about thought-created influence over our own insecure thought-created self.

The very act of listening in this situation becomes a creative act of insecurity. Words take on meanings they never had. Words are heard that were never spoken. Words take the imagination on a flight to a precarious future or back to an illusory past of mistakes or triumphs.

The listening creates a film that no Hollywood director could ever match for apparent realism, tension and drama.

But no listening is actually happening.

Nothing fresh. Nothing new. Nothing heard.

To actually listen we have to take out this idea of self.

In fact, it’s much harder to hang around in a made-up idea of who we are than it is to hang out as the awareness we really are. It is exhausting, confusing and isolating trying to hold onto the illusion that we are who we think we are, that the security of who we are can depend on some words spoken in a meeting.

We just need to see what is really going on. We can notice what dissolves at the slightest enquiry. We can disregard the stuff that changes like the weather and simply stay with the constant.

So, the only useful question when it comes to listening is – who is listening?

An idea of self that must be made secure, for whom every conversation is a self-created drama of reassurance or threat?

Or the awareness of that shifting, sliding self and its shifting sliding needs?

Awareness that can neither be affirmed or threatened?

The realisation that no other to speak and no self to hear is the only space in which listening can ever happen?