The Game Of Life

There are two games taking place.

In the first game, the surface game, let’s call it ‘Drama’, all the twists and turns of the game, all the other characters and events that provide such tension and excitement for the character only serve to make the character more absorbed in The Game.

In the second, hidden game (let’s call this Realisation), the same characters and events have an entirely different function: to show that the character is not real, that The Game is not as it appears to be.

Like the glitch in the matrix or the light falling down in the Truman show, the twists and turns are always information about reality.

The Game is constantly telling the character,

‘Who you think you are is not who you are.’

‘What you are looking for cannot be found here’.

And that information can send the character spinning deeper into the game or it can make the impossibility of the character apparent.

Sometimes information leads to enquiry instead of blind desperation.

Sometimes, it leads to getting so close up that non-existence is evident in the way that a microscope will ultimately reveal only space.

Game 2 is in play. This is the dissolving of The Game. The lightening of the character.

Our pets are already in this space. No Game. No character. They don’t know that though because they have never been in The Game as a full blown, apparently real self.

The gift of being human is that we get both.

We get the confusion and the knowing.

The insanity and sanity.

The Game and the No Game.

Where is this realisation happening?

Good question. It’s not happening in the character.

Because the more realisation there is, the less real the character appears.

So where is it?

It’s just what is. Realisation is always there. In the completeness. It’s who we are.

The Game hides it. The belief that we are a character hides it.

No games. Just this.

Glass of poison anyone…? Anyone…?

It’s a well worn expression and attributed to pretty much every sage in the quotations book… ‘Resentment is like...

At first, everything is an adventure. There is so much to explore and see and listen to and do and make and learn and... 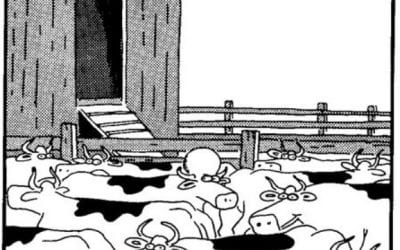 ‘Stress is just your thinking…’… so why can’t I change the thoughts?

An enormous liberation occurs the moment it is realised that reality is not an objective truth. That it changes in...